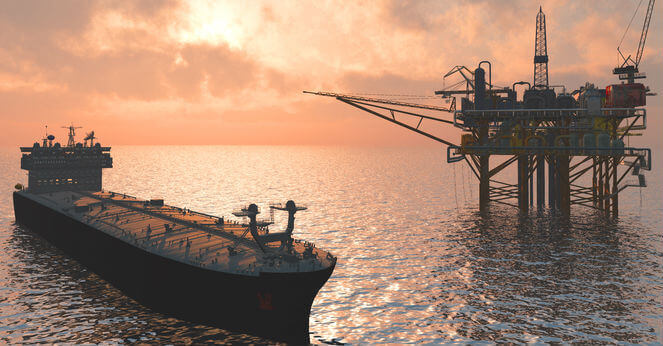 Inert gas systems help prevent explosions on chemical and oil tankers, particularly those that carry low-flashpoint cargo. Read on to find out how nitrogen blanketing prevents these types of hazardous explosions.

What Is an Inert Gas System?

Inert gas is gas that lacks enough oxygen for combustion, significantly reducing hazardous reactivity. An inert gas system is the most critical system for the safe operation of oil tankers and ships because it suppresses potentially harmful explosions by reducing available oxygen levels.

An inert gas system (such as an on-site nitrogen generator) will spread inert gas across cargo ships to lower the concentration of vapors that may ignite. Mandatory for all gas and oil tankers, an inert gas system will essentially render a space non-flammable.

The Benefits of an Inert Gas Generator

An inert gas generator offers a wide range of benefits in terms of cost and efficiency. By investing in an inert gas generator system, you can possess greater control over your operation. Inert gas generators allow you to set finer limits so that no accidents occur. Each generator comes equipped with an oxygen analyzer, which activates an alarm if oxygen levels rise above the set value. As a low-maintenance system, this ensures that the crew remains focused on the tasks at hand.

In terms of cost, on-site industrial nitrogen generators can result in considerable long-term savings. This is particularly the case if you are currently buying high-pressure cylinder tanks.

Since time is also money, ships and tankers must optimize the cargo-loading process. Having an on-board nitrogen generator installed significantly reduces in-port time. You will not need to rely on third-party distributors, meaning you don’t have to worry about delayed or missed deliveries at higher costs.

Is Nitrogen an Inert Gas?

Although nitrogen is not technically an inert gas, it is commonly referred to and used as an inert gas due to its strong, triple-bond stability and low reactivity. Nitrogen is often used to blanket reactive materials from contact with oxygen. In turn, this significantly reduces the risk of an explosion on tankers and ships.

What Is Nitrogen Blanketing (AKA Nitrogen Padding, or Tank Blanketing)?

Nitrogen blanketing (sometimes referred to as nitrogen padding, tank padding, or tank blanketing) is a method of using nitrogen to fill the “empty space” of a liquid storage container.

In a gas blanketing system, the inert gases act as a buffer, reducing the risk of hazards. For this reason, inert gas system on tankers and ships are frequently installed to optimize efficiency, safety, and affordability.

To physically create nitrogen, an inert gas system is required on board. These systems work by essentially reducing the overall concentration of oxygen. This nitrogen blanketing procedure suppresses and prevents combustion. Highly efficient and cost-effective, a nitrogen blanketing system quickly and easily maximizes safety and helps meet legal compliance. 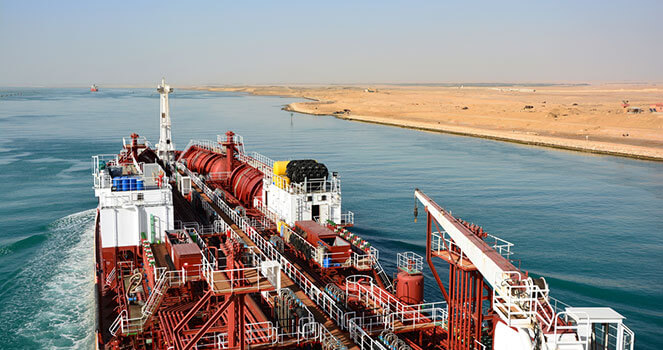 Nitrogen blanketing is very important for flammable chemical tanks because the consequences of unsafe storage can be disastrous. This is applicable for the O&G and Petrochemical Industries, on-board inert gas generation systems for aircraft fuel tanks, and countless other applications.

A nitrogen blanket system for tanks in the food and beverage industry helps minimize oxidation from exposure to higher levels of oxygen. This keeps the flavor and taste of materials and ingredients as well as maintain its safety for consumption by keeping contaminants away. Nitrogen padding tanks also helps maintain pressure by adding or removing nitrogen as needed.

Power transformers use cooling oil to maintain their temperature at optimal levels. Since this oil is combustible, a nitrogen inert gas system can help prevent fires and explosions by keeping oxygen levels low. Using a Nitrogen Injection Fire Prevention System (NIFPS), valves open to simultaneously drain oil and introduce nitrogen into the tank, displacing oxygen and stopping a fire.

When carrying flammable chemicals on a ship, nitrogen blanketing is imperative to protect the crew and environment. By filling the empty space around liquid storage with inert gas, the oxygen required for combustion is removed.

Tankers carrying hazardous cargo require inert gas systems. This is particularly the case when the associated cargo is flammable or explosive. In order to reduce the risk of accidental explosions, ships will blanket both wet and dry cargo with an inert gas- most often nitrogen.

Using a nitrogen generator on chemical tankers is a cost-effective way to stay compliant and safe while reducing third-party dependencies.

When it comes to safety and efficiency, using NiGen on-site nitrogen systems for your inert gas generators is a great investment. We also specialize in turnkey nitrogen generator rentals, field services for process equipment, and much more.

Understanding Different Types of Compressed Air Dryers
30 June 2022
The Hydro Test Procedure for Boilers – How Does It Work?
30 June 2022
Everything You Need to Know About Industrial Air Filtration
31 May 2022 industrial air filtration
How To Pressure Test a Gas Line | Requirements, Tips & More
16 May 2022 pressure testing
The Importance of Nitrogen Gas Generation in the Food Industry
26 April 2022 food and beverage manufacturing, food industry
How Does a Rotary Screw Air Compressor Work?
19 April 2022 air compressors, rotary screw air compressor
Why Your On-site Process Gas System Needs Preventative Maintenance
7 April 2022
The Rising Need for On-site Nitrogen Generation in The Aerospace Industry
7 April 2022 nitrogen genertion, on-site nitrogen systems
Manufacturing and N2 Technology
3 March 2022 industrial applications, nitrogen generator, nitrogen systems, on-site nitrogen systems
Industries That Benefit from On-Site Nitrogen Systems
3 March 2022
We use cookies to personalize and enhance your experience on our site. Visit our Privacy Policy to learn more. By using our site, you agree to our use of cookies. Accept
Privacy & Cookies Policy