Air compression systems are utilized in various domestic, commercial, and industrial applications. Depending on the intended application, a single or dual-stage compressor might be more appropriate. In this article, we will discuss how to differentiate between both variants as well as their benefits and uses.

The key difference between a single-stage air compressor and a two-stage unit is the number of stages involved in the compression process.

With single-stage compressors, air pulled into their intake valves is only compressed once before being channeled to either a storage unit or directly to an outlet for the intended application. By comparison, two-stage compressors subject the air from their inlets to two consecutive stages of compression at increasing pressures. 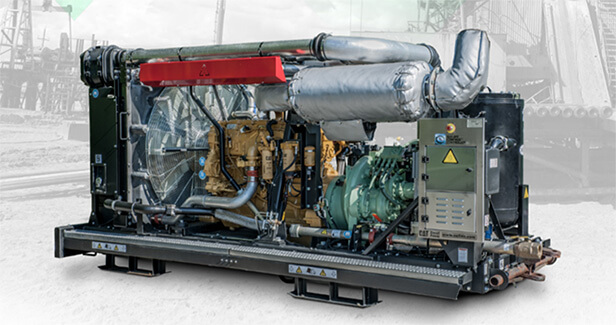 How To Tell the Number of Stages on A Compressor Unit

Outlined below are the most important things to know when considering a single-stage air compressor.

Single-stage compressor units are popular with various woodworking and metal crafting applications. Some of these uses are described below.

Most devices, machines, and equipment we use daily contain metallic components. Creating these components requires specialized tools to cut, shape, and assemble due to their higher tensile strength than other non-metals. Pneumatic compressors play a key role in shaping metals into the various configurations needed for varying applications.

The main benefits of single-stage compressors are highlighted below

Highlighted below are the key uses and benefits of two-stage air compressors.

In addition to locally sourced fresh fruits and foods, many food items consumed worldwide are prepared and packed in large quantities in factories. Commercial food and beverage preparation typically require two-stage air compressors to drive various processes, including the following:

The key advantages of two-stage compressors include:

How Many Compressor Stages Do I Need?

The number of compressor stages needed will vary between applications. For smaller scale, single tradesman work, a single stage compressor will perform excellently well. However, if industrial-scale manufacturing is the intent, then a two-stage air compressor is the more suitable option.

At NiGen, we are committed to providing all our clients with the best customer experience possible. We provide high-quality air compressor solutions easily modified to suit various unique applications.

To learn more about our commercial air compressor products and services, please contact us online today!